I love these low-tech Wharram innovations! If you’ve read Two Girls Two Catamarans you know that James had rudder hardware problems on his first two transatlantics so he was motivated to find better rudder attachments. He came up with rudder lashings that eliminate hardware and are easy to inspect and service.

The plans call for 3mm line for the lashings but I had seen some 2.5mm Dyneema line that would be plenty strong and allow me to drill smaller holes. Dyneema is known to untie itself because the line is so slippery but I didn’t have problems with line this small. That said, I am going to leave the tails long for a while in case I need to re-work the lashings. I used about 5 feet of line per lashing.

Here are my steps: 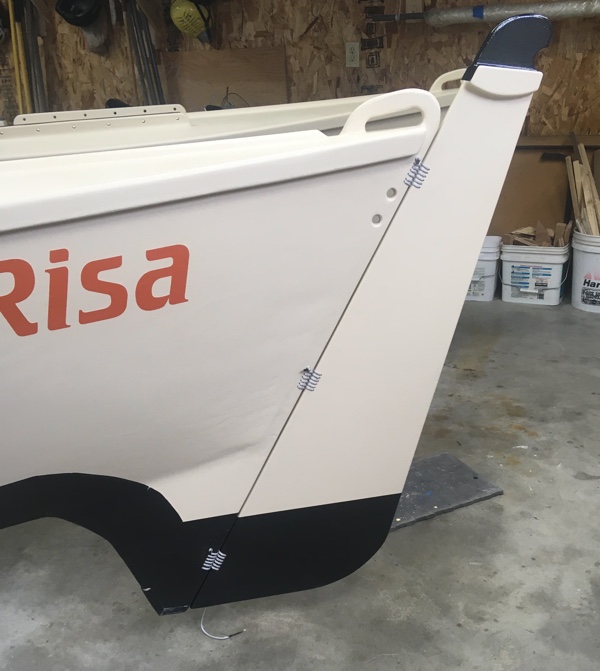 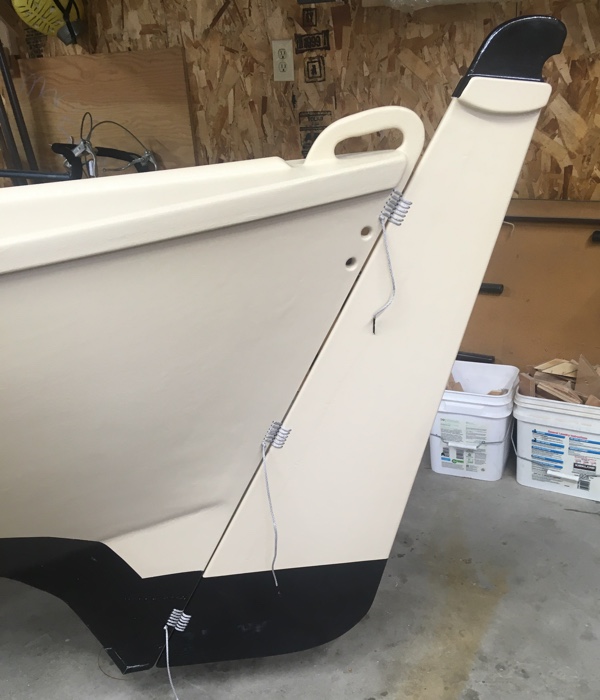 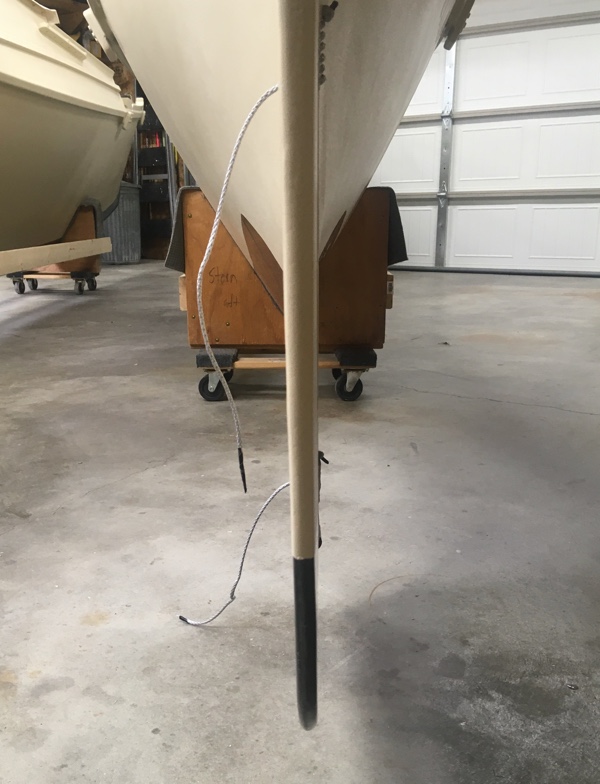 The plans call for injecting epoxy into the holes and soaking the wood and lines. I am holding off on that for now. I had previously overdrilled and filled with thickened epoxy so I am not worried about water intrusion into the wood.