When the paint had cured for a few days I put a couple of coats of wax on the parts of the decks and cabins that weren’t non-skid. Then I got to work on finishing things up.

Before priming I had masked off the areas where I wanted to add padding to the beam sockets. With the tape removed I could glue right to the epoxy instead of the paint. First, I decided to glue on some old bike inner tubes. Using the tubes it was easy to add protection to the sides of the beam sockets as well. And then I added foam padding to the bottoms of the sockets. I used contact cement for all the gluing. 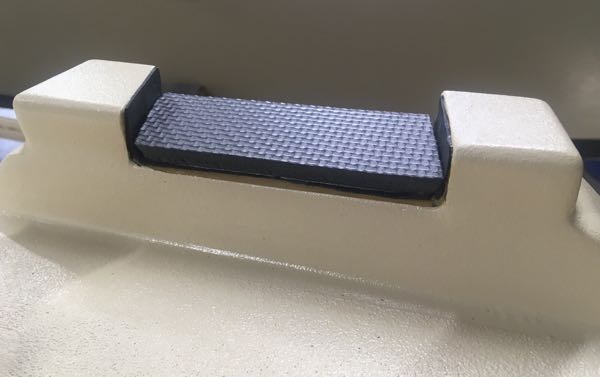 I also added a piece of inner tube to the top of each luggage rack for some protection and grip there.

The fore hatches are attached with rope hinges that are different than the rudder rope hinges because the rope doesn’t go through individual holes. I think these are easier to build and align, but I had to think about securing the ends. In Ghana I used similar hatch hinges and started and finished each hinge with clove hitches. Those seemed to work loose over time so I just used half hitches this time. We’ll see what happens. I’m leaving the tails long for now in case I need to re-work it.

Here are the specifics for my future reference: 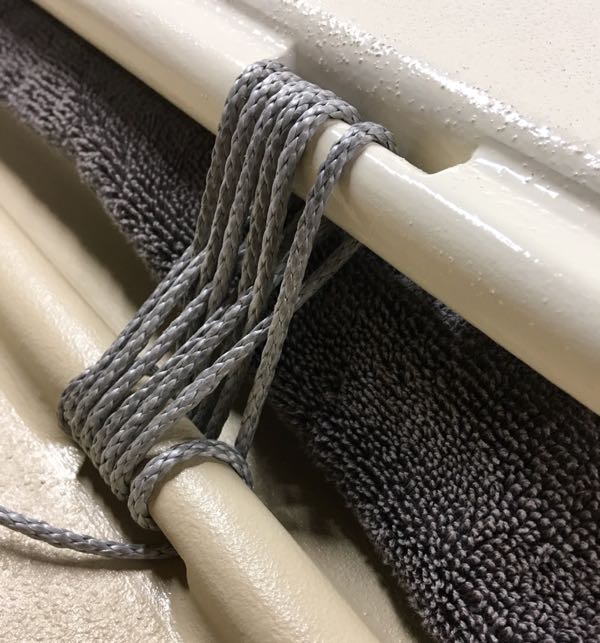 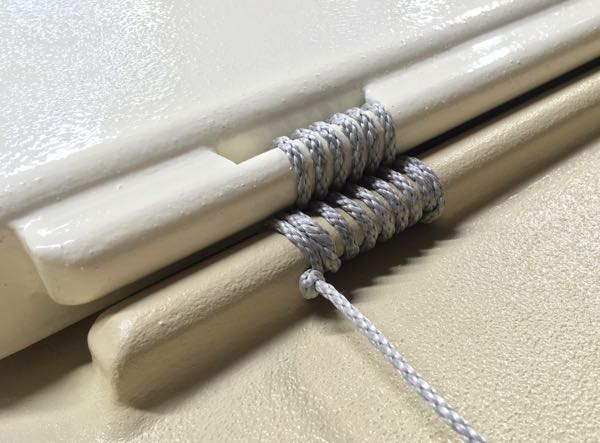 I also installed the base for my Navisafe bow light to the pad that I previously glued on. 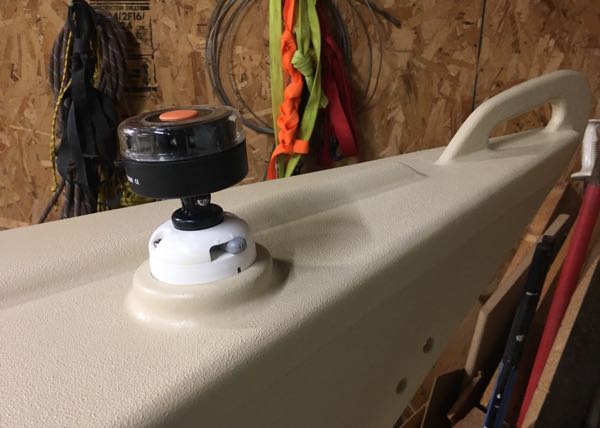