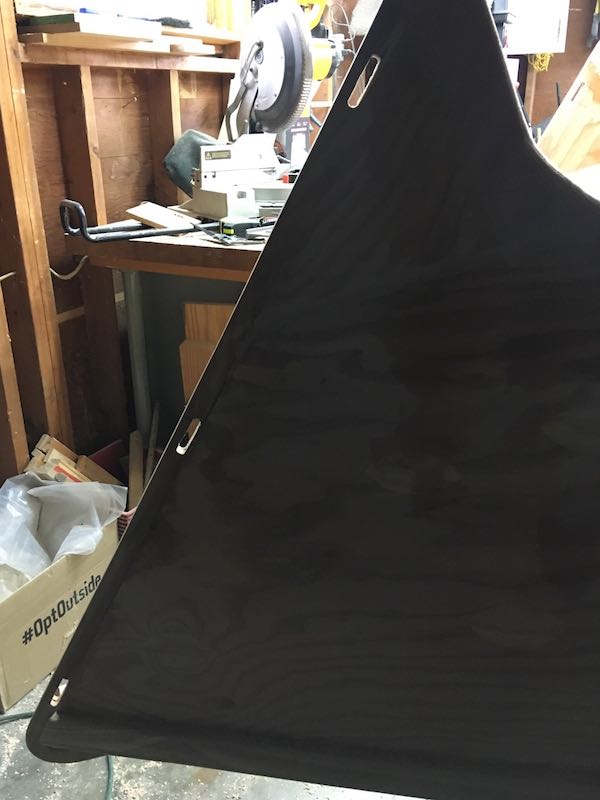 Building the rudders should have been straight forward! But I made a mistake and had to cut the rudders twice :) I pointed the rudder heads the wrong way - just turned the template around. When I was back on track, I chiseled out the wood at the rudder lashings and filled with thickened epoxy. Then I fiberglassed the rudders in two passes. One side and then the other with overlaps along the edges. I tried to make the overlaps neater by using masking tape to make a clean edge. It worked well. 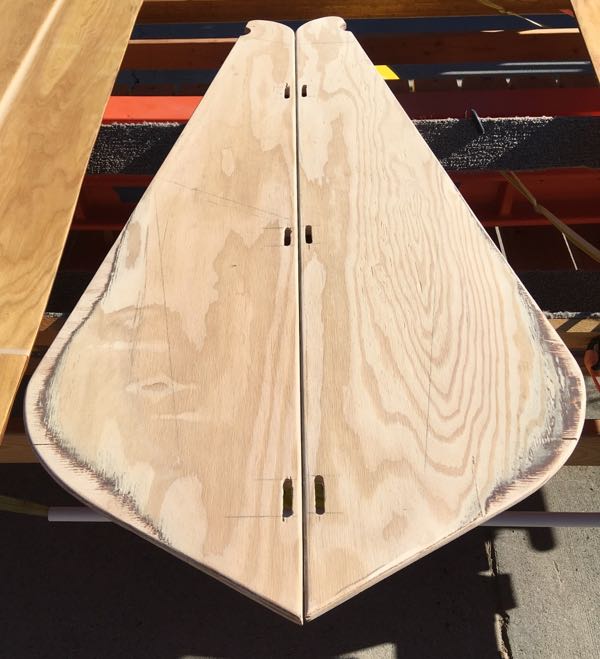 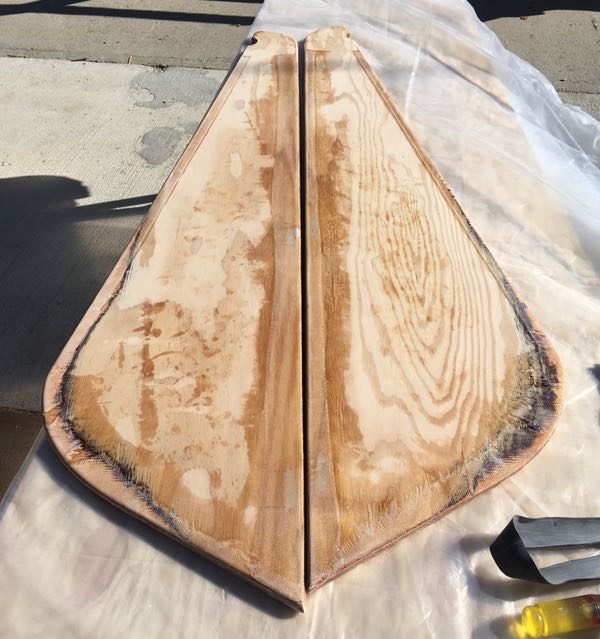 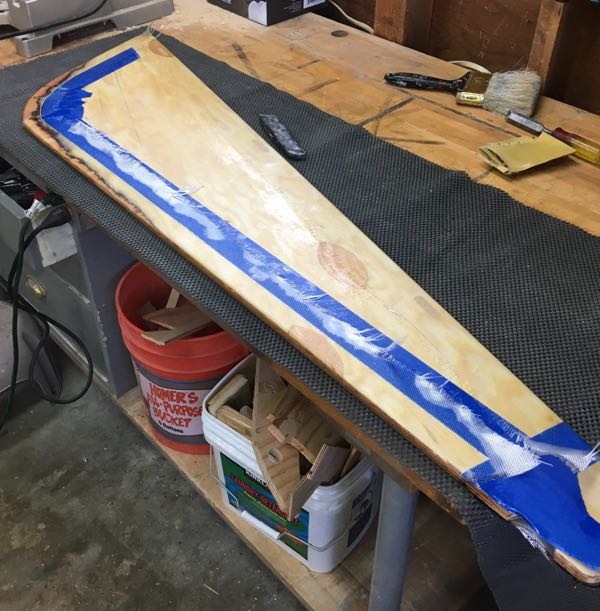 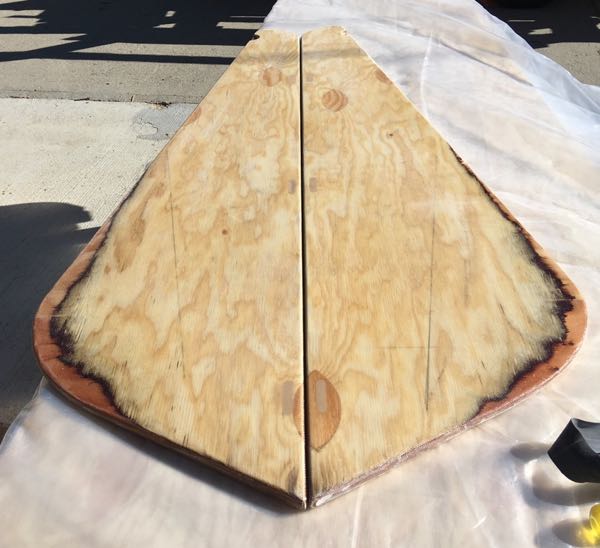