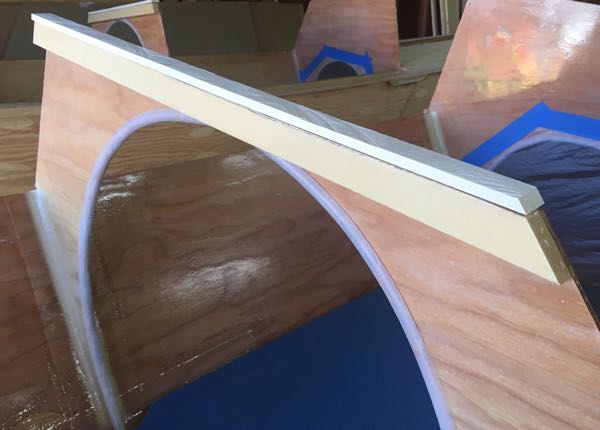 Just like the decks, I glued on the center stringer first and then put the top in place to measure the lateral stringers for gluing. (For the cabin tops, the building plans do not call for a center stringer. I decided to add one because the roof on the old hulls had been pretty springy.) 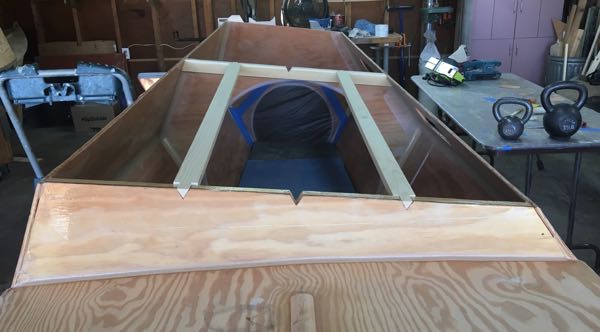 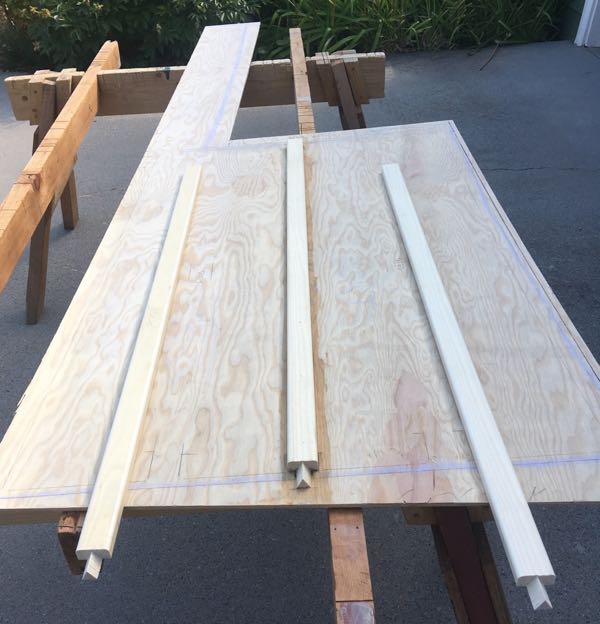 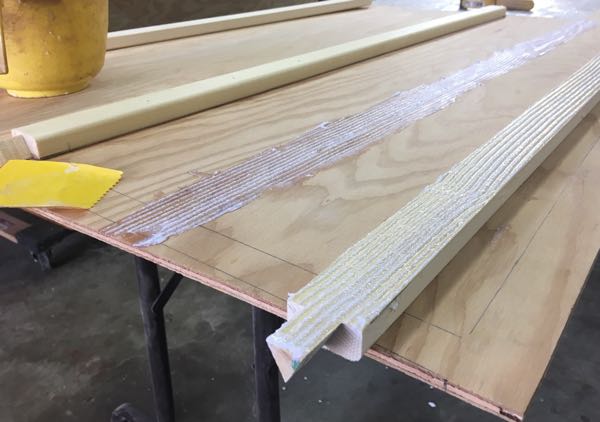 Before gluing on the top, I marked and trimmed the hatch opening. I used a small measuring jig to get the hatch sides parallel to each other. I also trimmed the tops to fit leaving overhangs on the sides. I rounded the overhanging corners and coated the insides and added cosmetic fillets around the stringers. 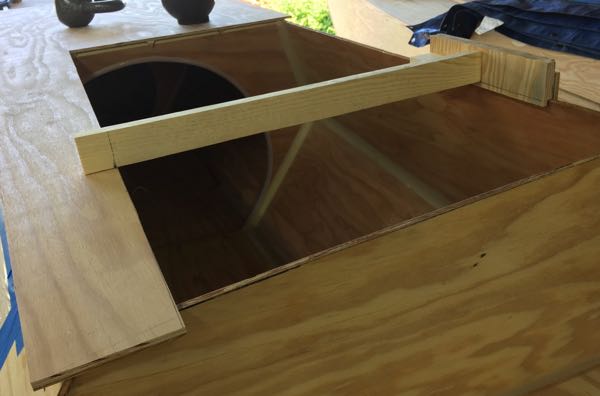 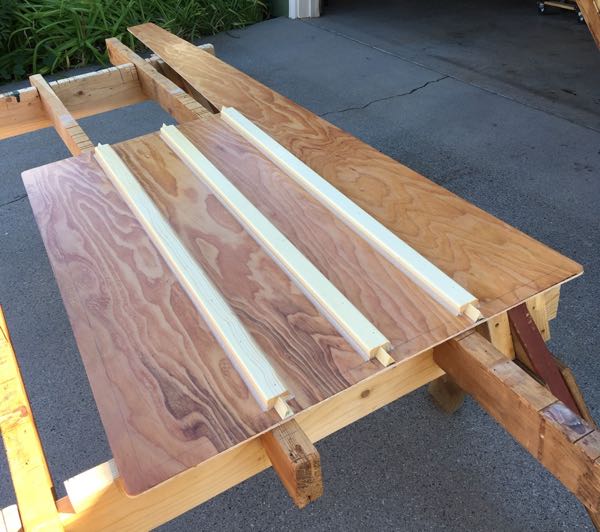 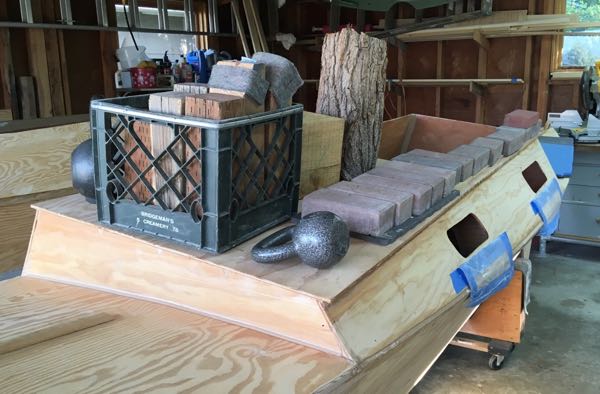 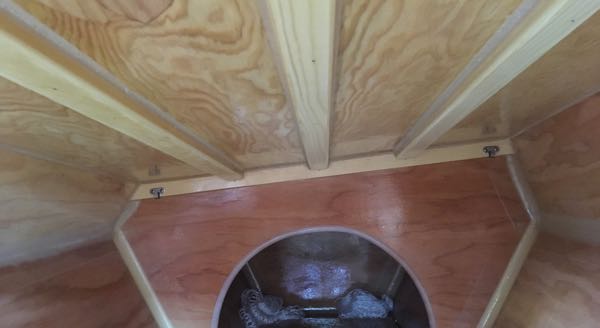