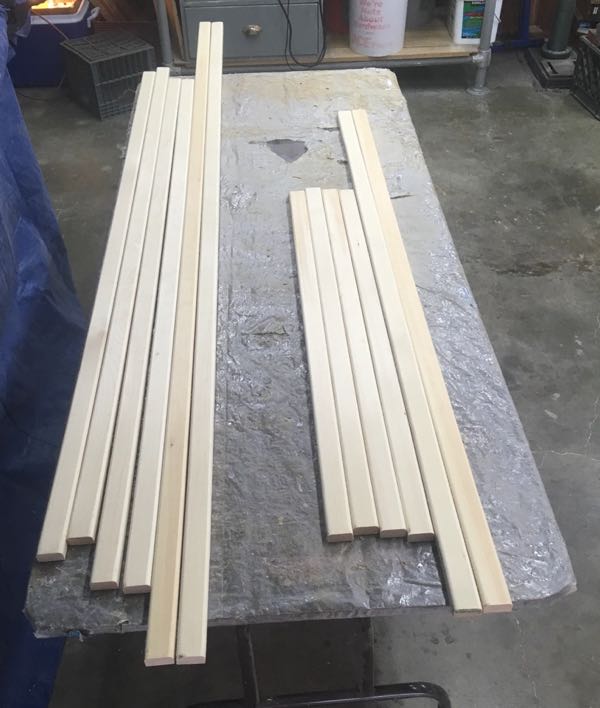 My plan to use triangular mortises and tenons in rectangular stock worked well. The jig I made for the table saw made it easy to cut consistent tenons. I cut the mortises by hand with a back saw. The fit did not have to be perfect because fillets would hide any gaps. 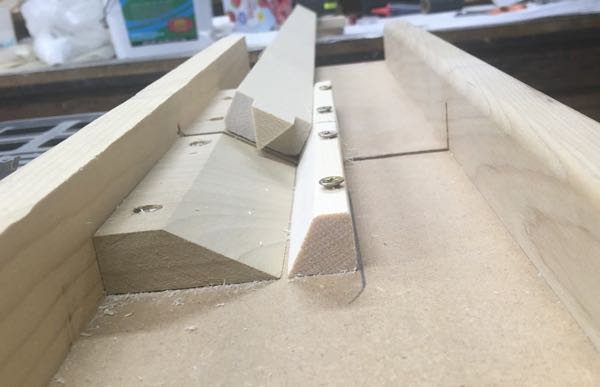 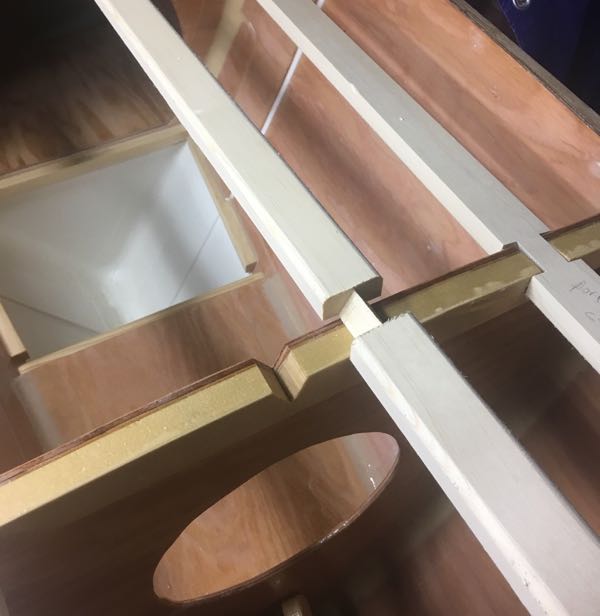 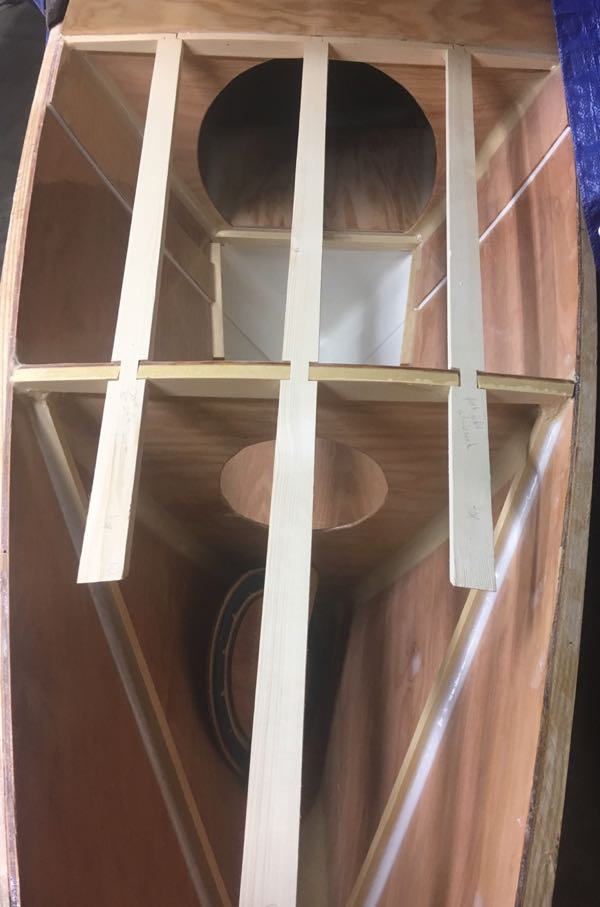 Fitting the decks was pretty easy when I followed the building plans. I glued the center stringer to the middle of the deck. And placed the lateral stringers in their places on the deck beams. I then put the deck in place and crawled inside to mark where the lateral stringers should be glued. I cut the decks a little bigger than needed because I planned to trim them flush with a router. 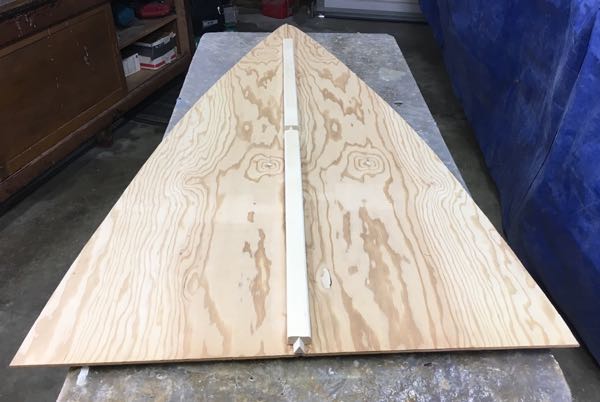 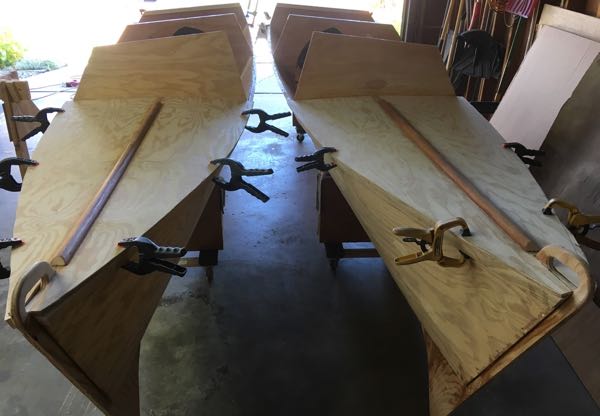 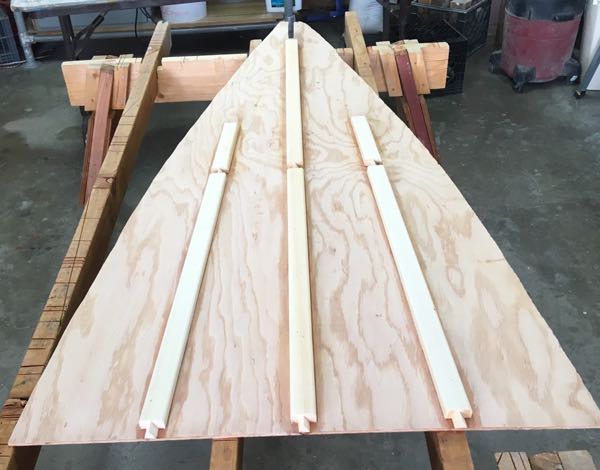 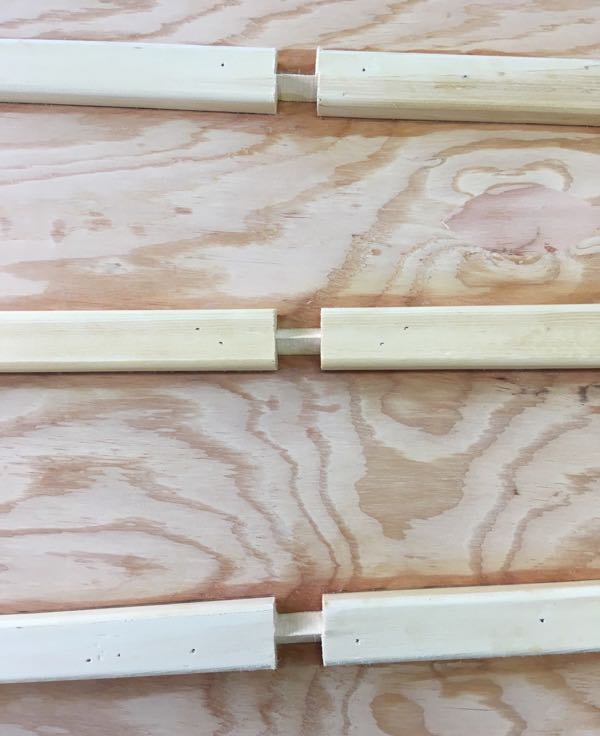 After gluing all the stringers on, I applied two coats of epoxy to the bottom of the decks and added cosmetic fillets to stringers where they could be seen from the cabin.

I glued the decks down with lots of nails and clamps. And crawled inside to make nice fillets around the perimeter. 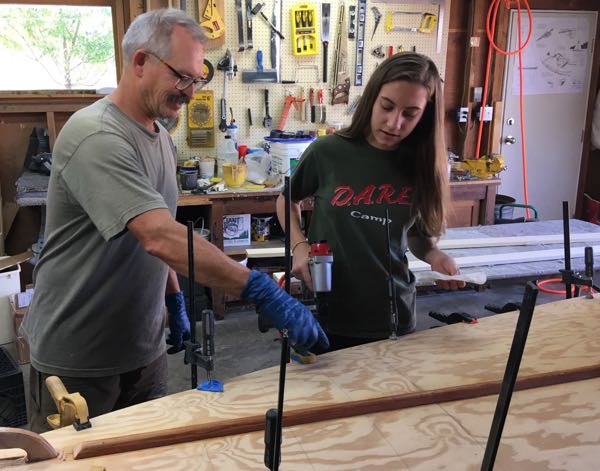 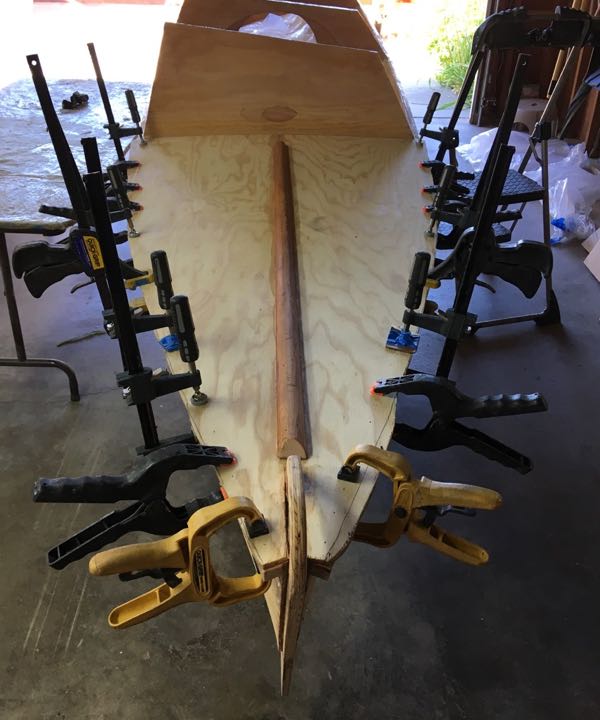 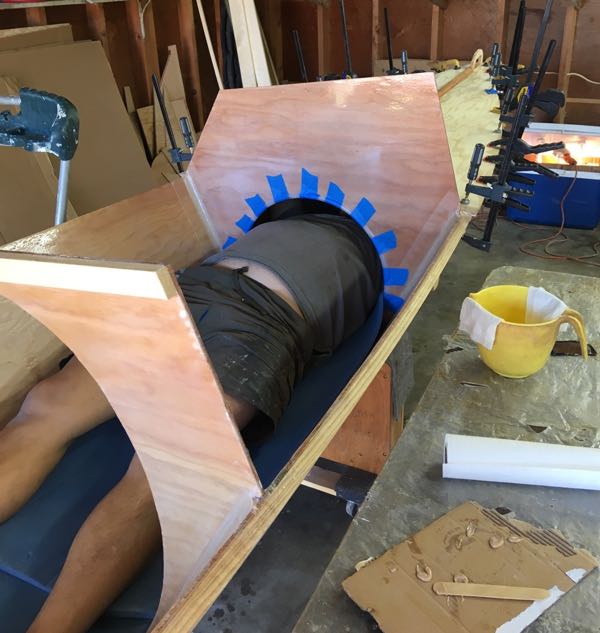 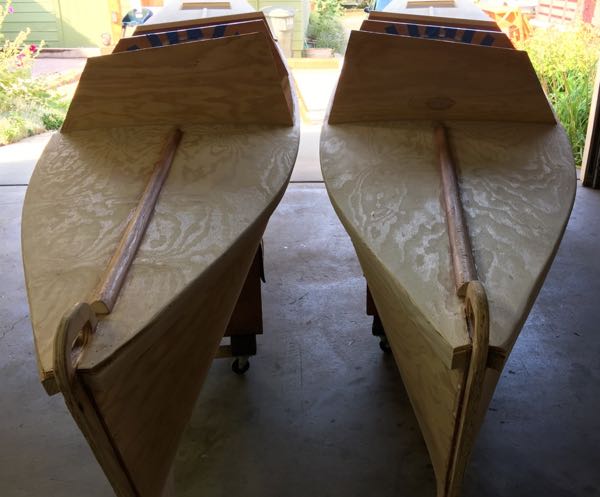 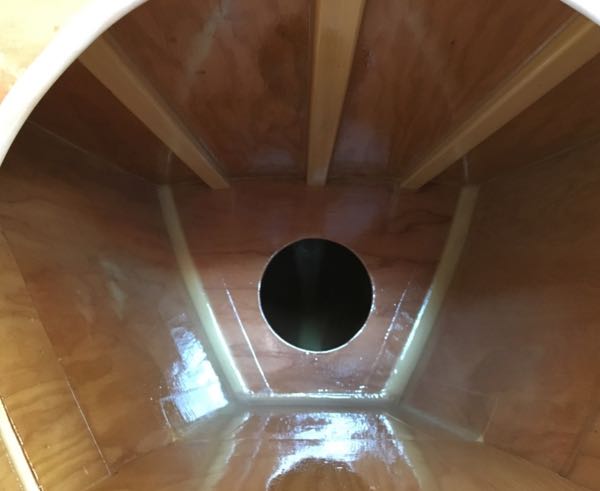