The plans call for adding the deck beams to the bulkheads before putting them into the hulls. I decided to also add the bunk bearers at the same time. It seemed like it would be a lot easier with them out of the hull. I coated both sides of the bulkheads with two coats of pigmented epoxy. 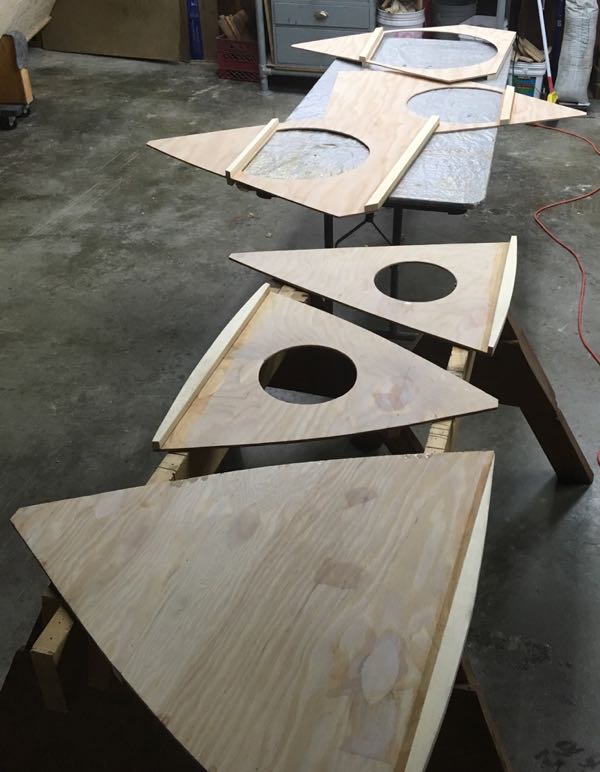 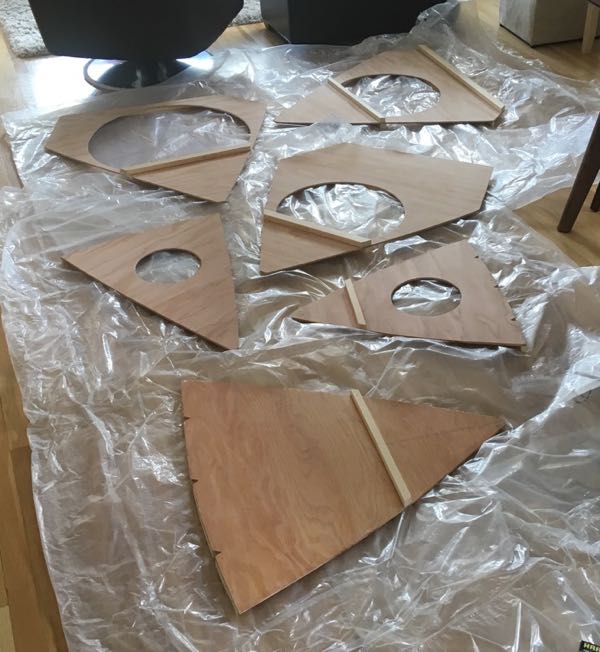 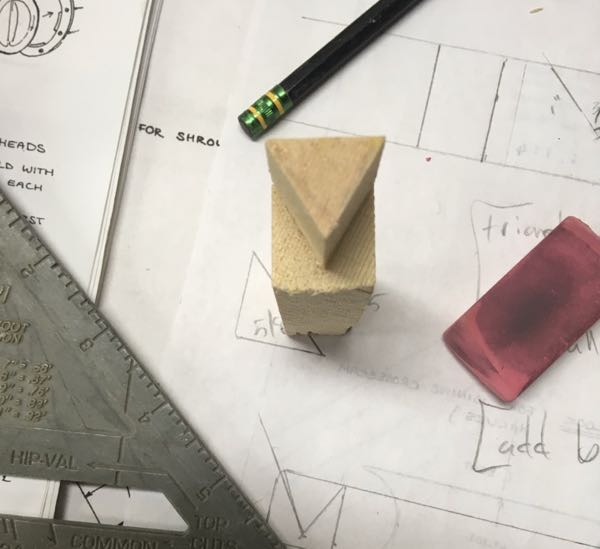 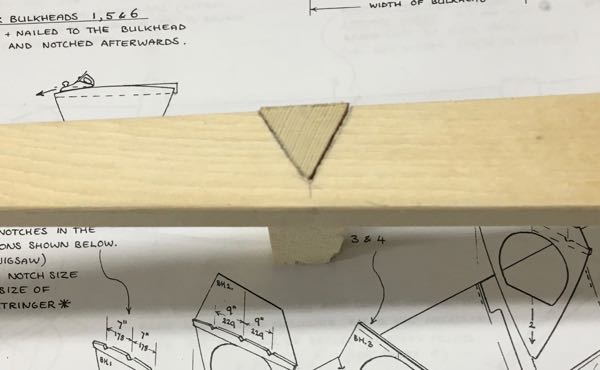 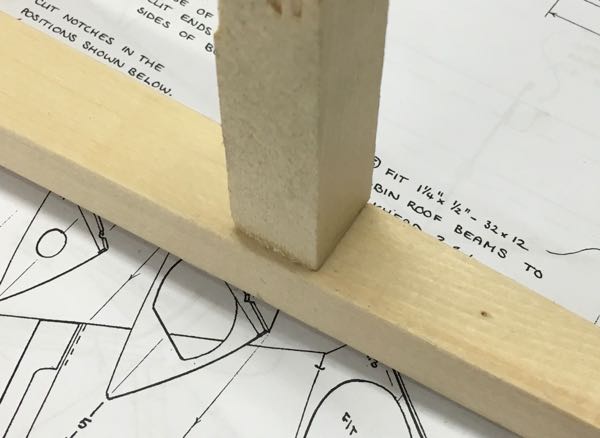