The original mast was a 20’ long aluminum pipe with a wooden head and wooden foot. The Wharram plans call for a 21’ 6” mast. The original mast was 22’ 6”. The head was already rotting on top. And, the distribution of the wood was weird to me - the foot was a short stub and most of the length of wood was on top. That led to a top heavy mast. I decided to rebuild the mast to 23’ with a short head and a taller foot to get the weight on the bottom. I also wanted a little taller mast to give visibility under the main sail - at least when the wind was light.

To create the wooden head and foot, I just built a shorter version of the wooden mast in the plans and then cut it apart. I used leftover hardwood pieces - ash, maple, oak and cherry. After gluing, I cut the mast parts into an octagonal shape and did not round it further. I decided that an octagon was good for mounting cleats on. I created smaller, round insets on the head and foot to slip into the aluminum pipe. The fit of the head and foot into the pipe was very tight. I glued the pieces in with silicon, a lot of pounding, and a few screws to hold in place. I used DWX epoxy on the gaff so it could be finished clear. I later applied two more coats of UV epoxy from Raka. 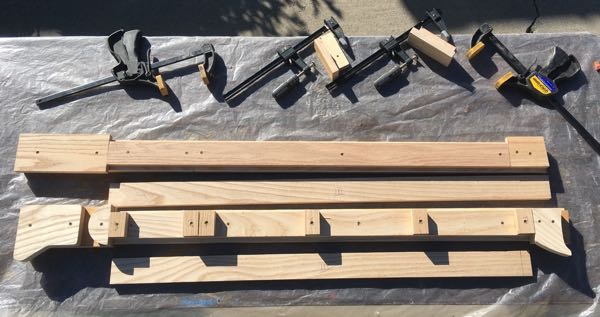 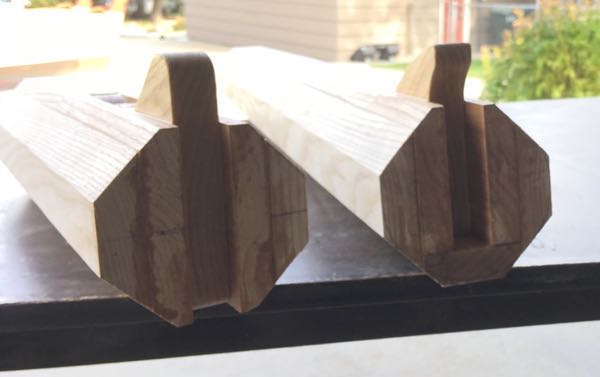 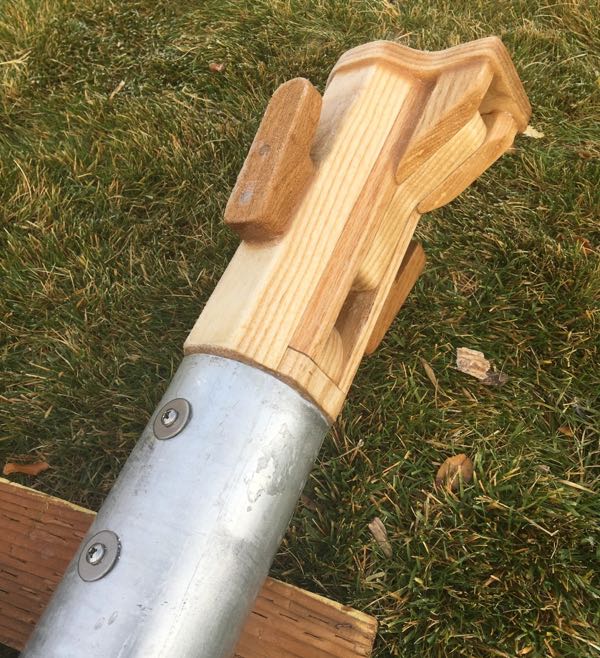 I broke my finger cutting the mast heel. And had to work with a splint on for several weeks - which made it awkward to wear gloves! I was lucky that I only broke a finger and didn’t cut it off. I was cutting the mast heel on a miter saw and was using the saw to nibble some of the curve. I was cutting freehand without using the fence. The saw blade caught on something and the piece of wood literally blew up under my finger. Luckily, it blew my hand out of the path of the blade. I always use the fence now! 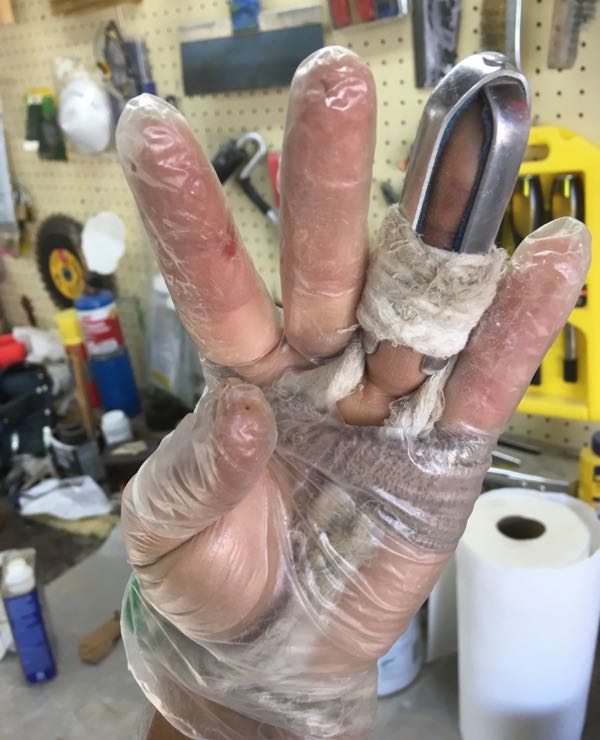