The original gaff was in bad shape and I decided to rebuild it while I was working on the tillers. Since I was planning to sell my house and cruise full-time, my logic was that this was my best chance to rebuild some of the pieces and parts - while I had a workshop. So I added the gaff to the list.

I started rebuilding the gaff using the instructions in the plans for bending. The plans call for several saw kerfs at the bends in the gaff arms. I tried this twice in pine and the wood split. Then I tried the same technique using ash with the same results. 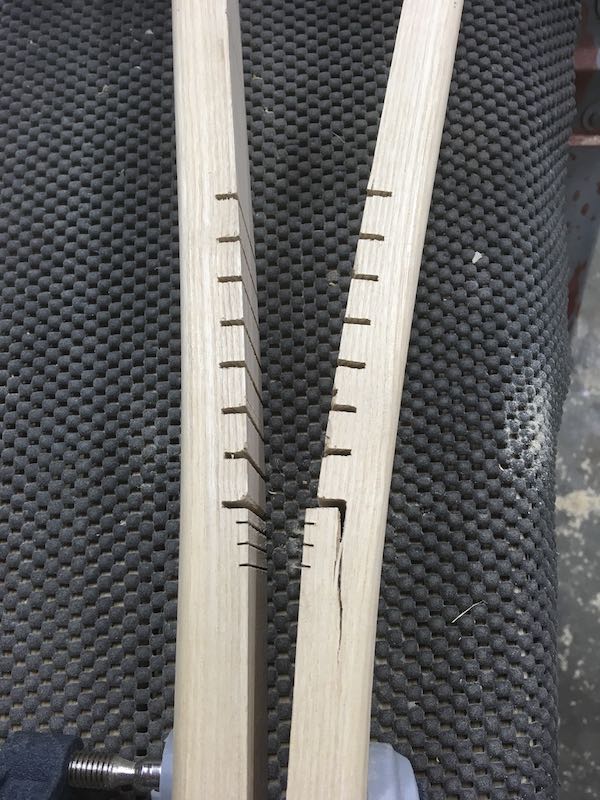 I didn’t have a steaming setup so I decided to use hot water to do the bending. That worked fine with the ash. There was some snapback and, once again, I wish that I had overbent. I used DWX epoxy on the gaff so it could be finished clear.

The resulting gaff is quite heavy because it’s made of ash and I may rebuild it using spruce or pine and bending with hot water. 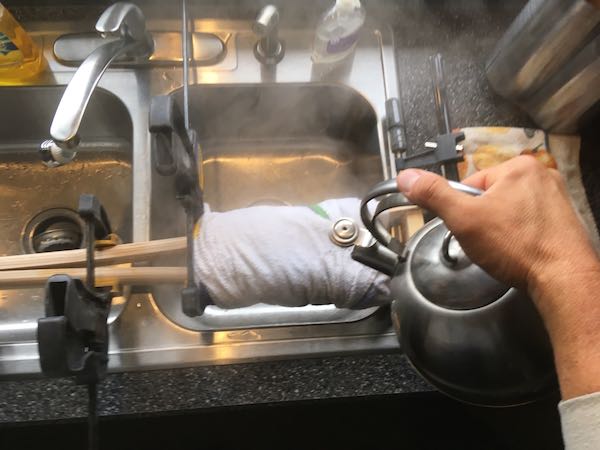 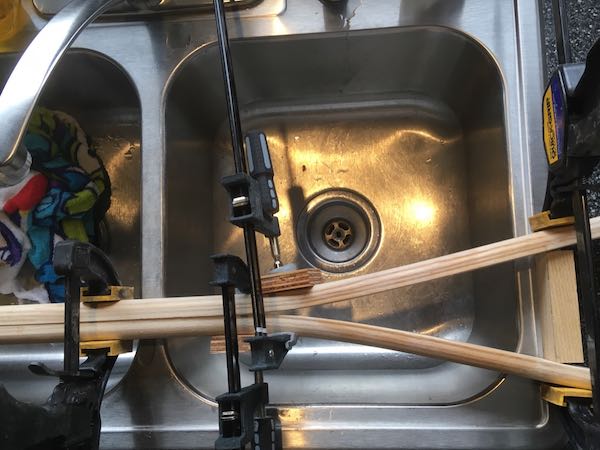 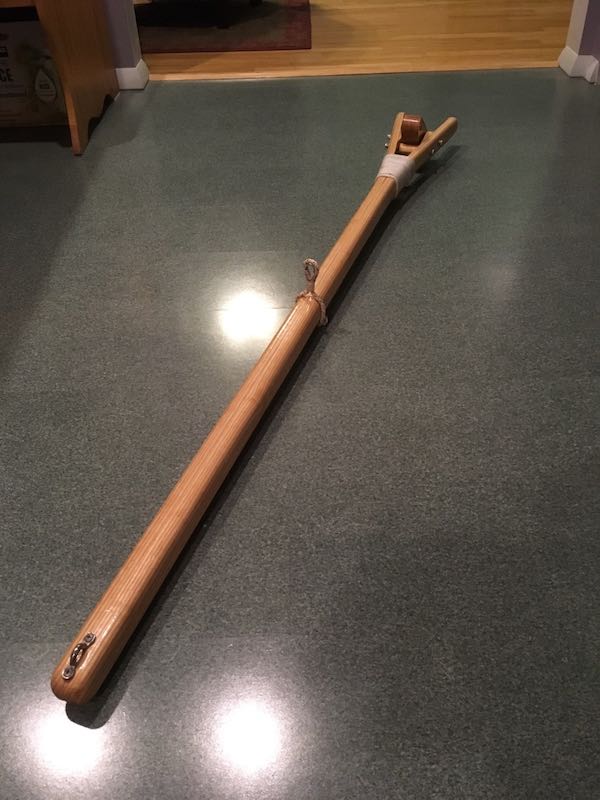 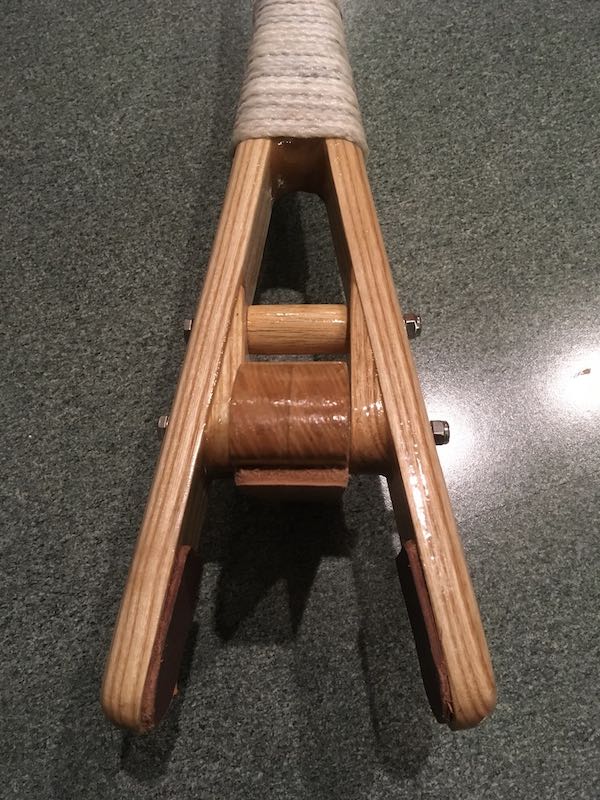 Update: I rebuilt the gaff later.