I left Mona Risa in storage while I traveled to Ghana for the 2018-2019 winter. Once back in Helena I had some other priorities before boat work - marriage and then fixing up the garage and yard at my bride’s house. The remodeled garage is a great boat shop and I also created a pad to park the boat trailer on when stored. But, unfortunately, all that work pushed boatbuilding back until September. Now the rush is on to beat the cold temps while working in an unheated garage.

As a test to make sure my epoxy was still good after cold storage, I repaired a neighbor’s toboggan. No probs. 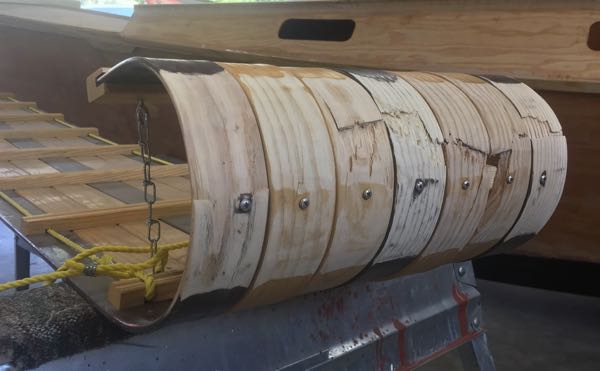 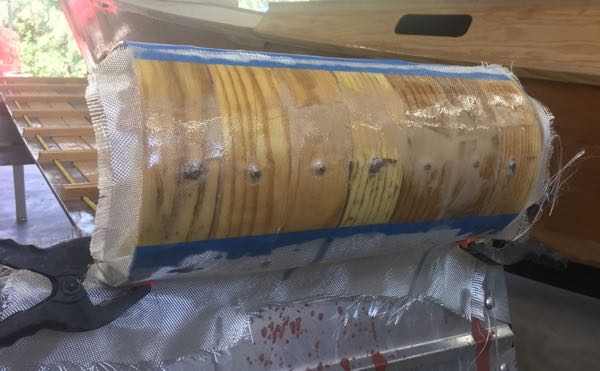 Before packing up for Ghana I had glassed the bottoms of the hulls. So now it was time to glass the decks and cabins. I started off by making sure that I had enough fiberglass left to do the job. Out of the original 55 yards I ordered, I had a few yards left on the roll after measuring. 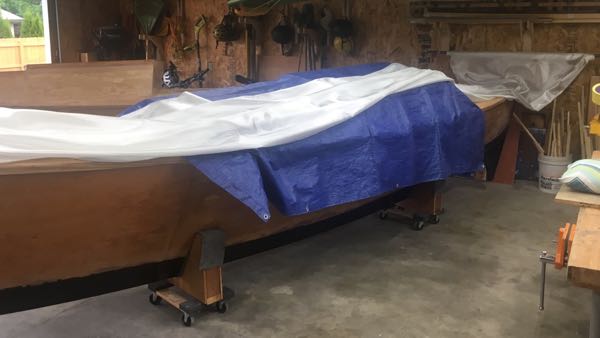 I included the aft wall of the cabin when I glassed the aft deck. The joint between the two went smoothly since I had a fillet in there to help with the bend. Getting the glass to go around the deck stiffener was tricky but was also made easier because I had fillets to ease the transitions. I thought that going around the sheerstringers would be the hardest part. And it was. But patience with a chip brush yielded some good results. 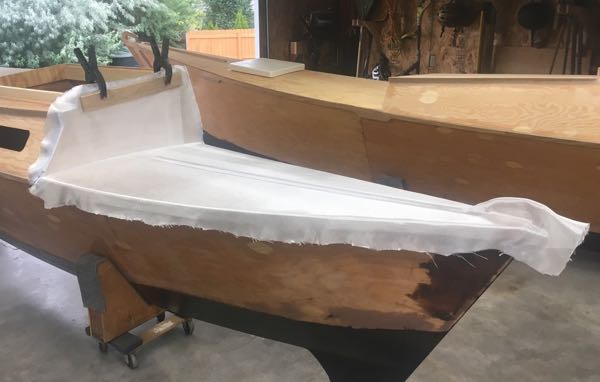 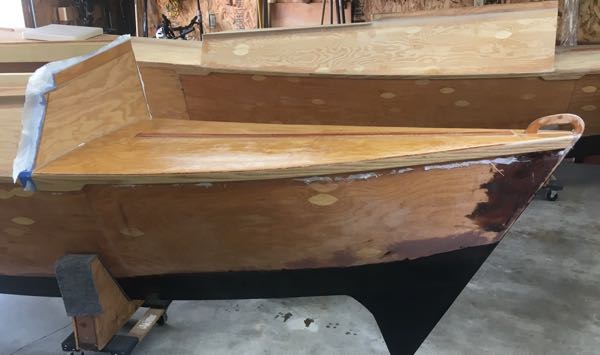 Glassing the fore decks added a new “wrinkle” because I had to deal with the fore hatch. No guts. No glory. 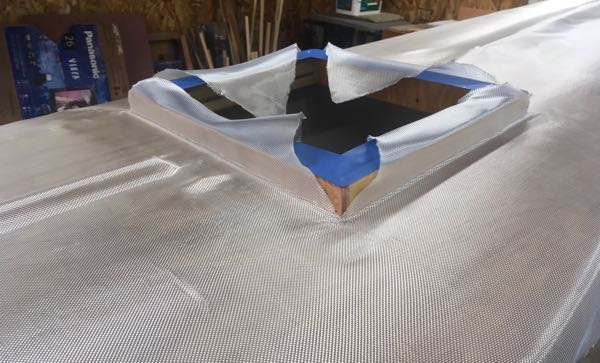 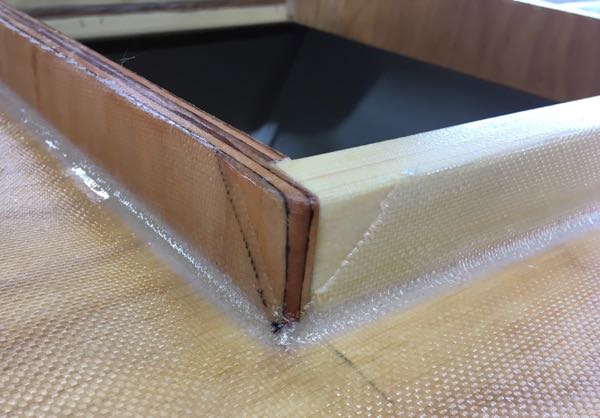 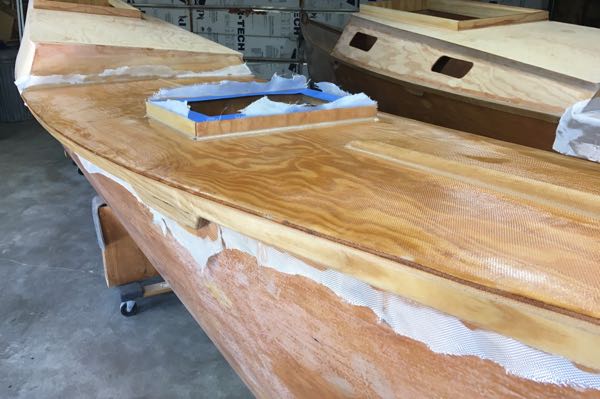 For the cabin tops and sides I went nuts with the masking tape. I had been using tape to get clean edges and make trimming easier. Now I used it to make nice seams where pieces of glass would meet. I’ll fair the seams later. 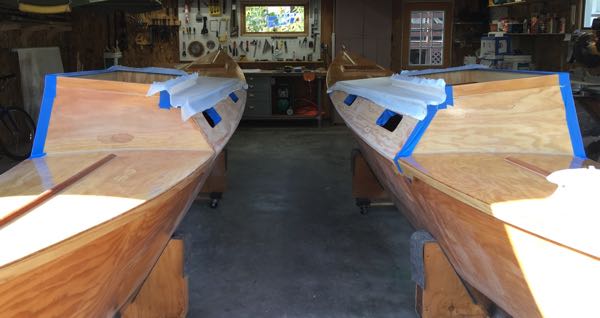 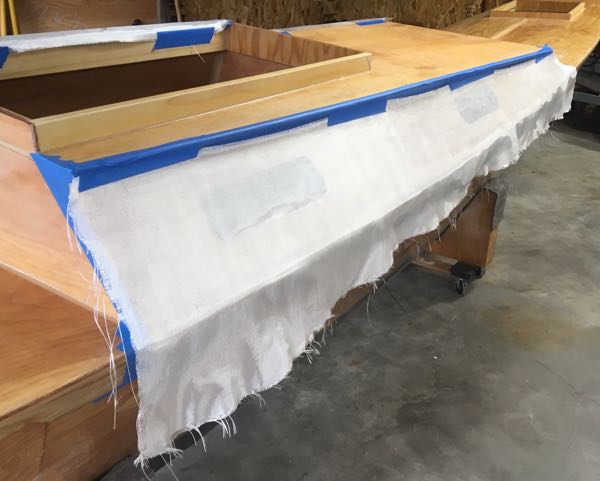 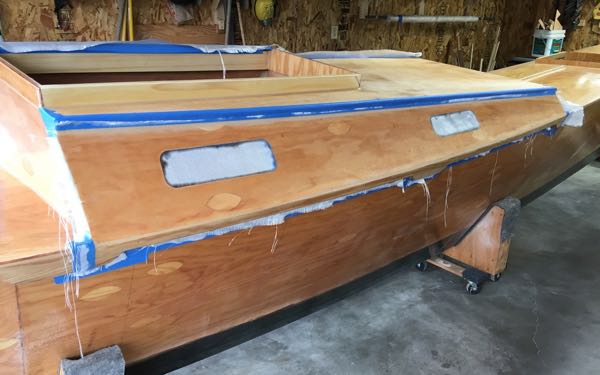 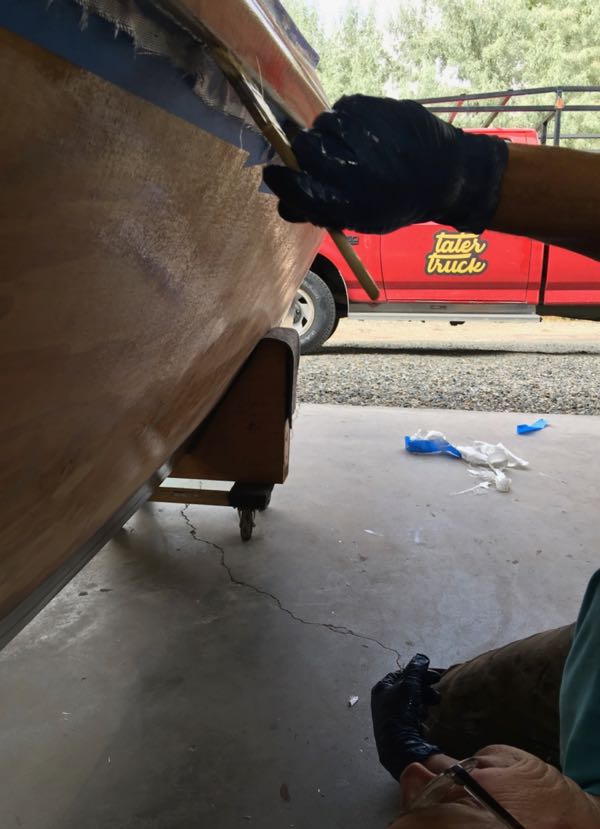 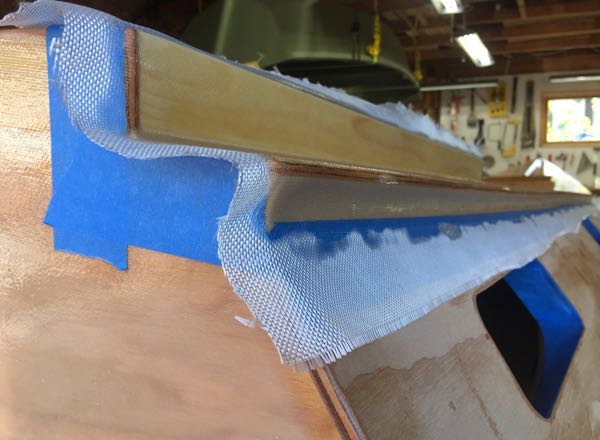 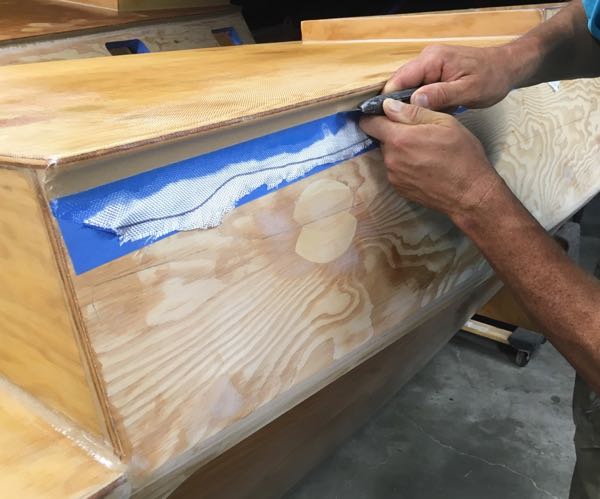 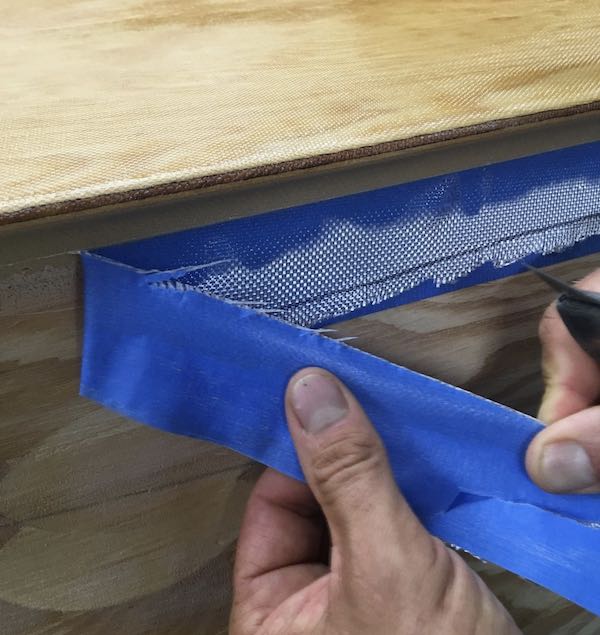 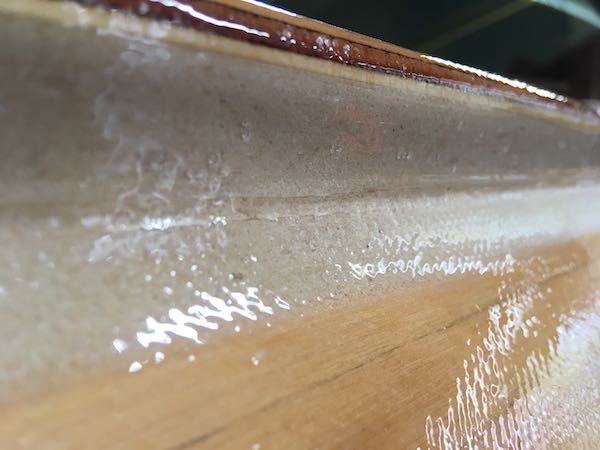 As I was putting glass on one section I would go back and add coats of epoxy to previous sections to fill the weave. Horizontal areas took a couple of coats and vertical areas took three or four. There is still a little weave visible but I will be adding more epoxy later when I work on the non-slip texture.

It was a major milestone to be done with fiberglassing!! 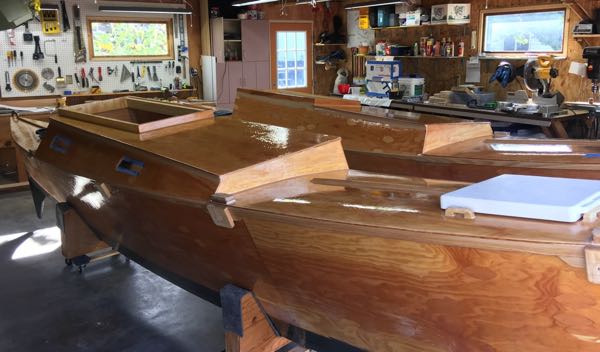